– by Giles Hutchins, author of THE NATURE OF BUSINESS and blogs on ‘business inspired by nature’ at http://www.thenatureofbusiness.org

In a volatile business climate, companies can gain advantage by learning from nature’s rules.

Our current business paradigm has exacerbated the imbalances, tensions and volatility we face today.

“We cannot solve the problems in the world with the same level of thinking that brought them about in the first place.” – Albert Einstein

“Business and industry is the only institution that is large enough, pervasive enough and powerful enough to lead humankind out of this mess.” – Paul Hawken

In times of pressing challenges, in this “perfect storm” of social, economic and environmental volatility, it requires great courage to break rank from a paradigm that is ingrained in our business mindset. Transformational times call for transformational change.

Initiating virtuous cycles of collaboration, innovation and value creation for all stakeholders:

These “firms of the future” can learn and adapt; they are not structured and siloed, which stifles learning and agility. These firms are bottom-up, decentralized, interdependent, multifunctional, emergent, self-organizing units – not the centralized, top-down, hierarchically-managed monoliths of the 20th century.

Redesigning For Resilience drives the transformation to a firm of the future:

The new business paradigm is about encouraging business activity at a personal and organizational level that creates conditions conducive to life; no longer tolerating activity which is knowingly toxic to life.

“Two things are infinite: the universe and human stupidity; and I’m not sure about the universe.” – Albert Einstein

A group of experts warns inevitable and simultaneous implosion of energy, food, water and money systems!
Former World Bank economist expects total collapse civilization!
This article has been adapted and translated from the original publication by a Dutch paper – Xander News (the Other News)
http://xandernieuws.punt.nl/?id=662683&r=1&tbl_archief=&#038;
According to a group of experts, the main causes of the inevitable collapse in the coming years are the politicians, who for years have borrowed too much money and spent. The ceiling has been reached!

It is no longer the single conspiracy and doomsayers who say that the current crisis will never be resolved and that entire Western civilization will collapse.

Richard Duncan, former financial specialist at the World Bank Chief Economist ar Blackhorse Asset Management, told CNBC to see a “death spiral” which will result in a very severe depression which our civilization cannot survive.
Other financial, economic and political experts draw the same apocalyptic conclusions. Duncan spoke in particular about the United States, but the collapse in Europe will be at least of the same magnitude and misery. The official U.S. national debt at $16 trillion has become untenable.

According to Laurence Koktlikoff, once a member of President Reagan’s economic advisory council, mentioned that the actual debt and all financial obligations to the health and social security add another staggering $211 billion.
Simultaneous implosion of money, food, water and energy

A group of scientists, economists and geopolitical analysts see not only a financial and economic collapse coming, but also a social, technological and social. One of them, Chris Martenson, former vice president of a Fortune-300 company, explains that “we have a similar pattern in our debt, total credit and money supply which ensures that they will collapse. This pattern is almost the same as in any pyramid scheme, one that quickly escalates exponentially before it collapses. The main perpetrators are the governments of this world.”

“The fact that this pattern is not limited to the economy is really worrying. We found namely catastrophic same pattern in our energy, food and water. These systems can all simultaneously implode: food, water, energy and money. Everything. ”
Pyramid Game in every critical system

Another member of the team, Keith Fitz-Gerald, head of the eponymous group, notes: “a dangerous countdown that quickly runs towards the zero. And if that happens, the ensuing chaos will crush the Americans.”

Dr. Kent Moors, energy adviser to 16 different governments of the world and a member of two task forces of the Ministry of Foreign Affairs, agrees with his colleagues: “The most frightening is that in virtually every critical system of our society and way of life exactly the same pattern can be seen.”

“This pattern is hard to recognize, unless you understand how a catastrophe as this one gets going. First, it is virtually impossible to detect. Everything seems to be going well, as in every pyramid scheme. The virus grows treacherous quickly and doubles again and again, with ever shorter intervals, until it reached an unsustainable level. And then the system collapses.”

The first doubling took place according to Martenson between the 40s and the 70s. The second doubling took much less time, which is only 7 years (the period 1970-1977). This was also true for the third doubling. The fourth took only 5 years to complete, and then it happened two more times. “In the early 40s, the total credit was about 158% of our GNP, in 2011 it was 357%.”
Savings, pensions wiped

Fitz-Gerald highlights that risky derivatives in the financial system are 20 times higher than the total GNP of the world.

“That is unsustainable and impossible to resolve in an orderly manner. The people can better forget about the guarantees by the government for their (savings) accounts. They give a false sense of security. This also applies to pensions, which may at any time be suspended. A collapse will wipe out all pensions. Social security and health insurance are still kept alive but are already bankrupt. ”

In two years the U.S. government will have no more money for the in many places already crumbling infrastructure. Some cities, such as Trenton, New Jersey had to lay off a third of their police because of budgetary reasons.
Colorado Springs had to turn off a third of the streetlights, slash garbage collection with a third and same for deleting bus routes … all for same reasons.
Skyrocketing inflation

After a period of deflation we will end up with massive inflation in the short term. An average American household will soon need $ 150,000 annually to pay for the basic necessities only, while 52% of Americans now can barely make ends meet.

“Before the economy will become dangerously unstable, people will have to start making preparations for their investments, savings and personal finance” warns Fitz-Gerald.
Europe collapsed even faster

According to opinion polls, 61% of Americans feel that there is indeed a catastrophe in the make. Only 15% say to be prepared for this. Considering that the collapse in Greece, Spain, Italy, Portugal, France and most other European countries runs even faster than in the United States, it is high time that we face the reality that our “way of life” over the next years will drastically and permanently change, and … certainly not for the better.

One can wonder who is blaming who! Apparently the ones responsible for the current chaos are the ones that lift up their arms to say ‘it wasn’t me!’ A lot of blame is put on the governments, but we believe the same can be said about the ‘leaders’ of the giant multinationals who are continuing to strike money without conscious and have and continue to throw people on the street with the ten thousands. Where is the value for humanity! Have we really gone insane! – Albert Einstein was right and he didn’t know how human society would degrade itself to ZERO!

Thanks for sharing your comments, thoughts, arguments and anything which can help us to avoid and/or recover from – regenerate life after – the unavoidable collapse of our economic and social society as we have known it.
You may deny the facts but make it justified! More essentially, how can we contribute to a better and more humane society, as individuals, families, communities and wider national, regional or global groups and movements.

Thanks for sharing your part of the CHANGE! WE are Unlimited! 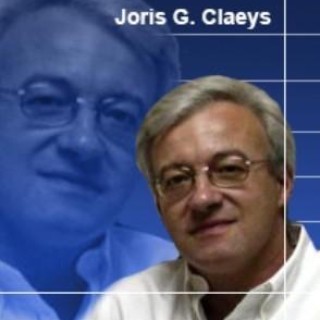 Change Cultivator at macro & micro level, facilitating transformational change through the Transition Narrative. Think, lead & act WITHOUT the box! Promoting 5P's of sustainable thrivability! People – Planet – Progress – Purpose – Passion Imagine what could be, to be the future! Thrivability is a journey, not a destination! Co-realize the talk – walking the talk – living the walk – dancing the path Entrepreneurs and incubation coaching for the creativity sector (ecoNOVATE) Intrapreneurs coaching and branding/strategy for corporations (CAPix) Port, Marina and Waterfront Infrastructure Development (PORTexpertise) Arts, design, creativity and gastronomy (ARTconnectsLIFE)

sample of the community